This month the Nantucket Atheneum hosts a broad selection of renowned authors with topics ranging from making New York City home to the private life of socialite Bunny Mellon, there is something for everyone. 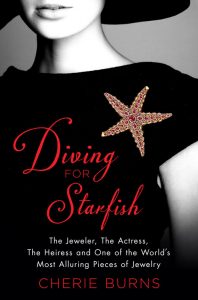 Cherie Burns has been a feature journalist since 1975. Her work has appeared in The New York Times Magazine, The Wall Street Journal and Glamour, among other publications. She has written four books, most recently Diving for Starfish, which chronicles the histories surrounding three spectacular starfish brooches created before the Second World War. The book is a remarkable account of one of the world’s most alluring pieces of jewelry.

(Burns will speak in the Great Hall on Friday, July 6 at 8 P.M. Free admission.)

Boston-based journalist Rachel Slade investigates the sinking of the container ship El Faro in Into The Raging Sea. On October 1, 2015, Hurricane Joaquin barreled into the Bermuda Triangle and swallowed the ship whole, resulting in the worst American shipping disaster in thirty-five years.
How could a vessel equipped with satellite communications, a sophisticated navigation system, and cutting-edge weather forecasting vanish?
(Slade will speak in the Great Hall on Tues. July 10 at 8 P.M. Free aadmission.)

Adam Gopnik is a writer and a essayist. He has been a staff writer for the New Yorker since 1986. He has written many bestselling books including The Table Comes First, Angels and Ages and Paris to the Moon. His most recent book, a memoir, entitled At The Strangers’ Gate is a portrait of his move to New York City in the 1980s. Gopnik is that rare breed of writer who can write about a vast range of topics with fluency and authority.

(Gopnik will speak at the Great Harbor Yacht Club on Monday, July 16. $25 admission, tickets on sale at the library or online. ) 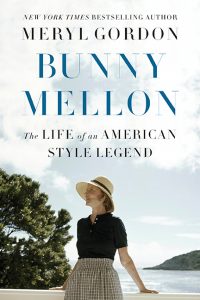 When Bunny Mellon died in 2014 at the age of 103 the public knew little about her beyond her wealthy aristocratic facade. In Bunny Mellon The Life of an American Style Legend Meryl Gordon deftly pulls back the curtain on a fascinating American icon. Gordon, who was given unprecedented access to Mellon’s letters and diaries, writes about a side few had seen. Gordon  is an award-winning journalist and a regular contributor to Vanity Fair.  She teaches journalism at New York University.

(Gordon will speak in the Great Hall on Wednesday July 18 at 8 P.M. Free admission.) 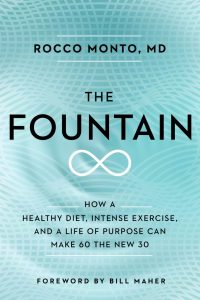 Island resident Dr. Rocco Monto has written The Fountain, a bestselling book on aging. Monto is an award-winning orthopedic surgeon and sports medicine specialist. He is an expert on health, aging, diet, nutrition, and fitness. Monto is internationally recognized for his pioneering clinical research on orthobiologics. The Fountain is a practical and scientifically based anti-aging guide packed with useful information and actionable advice.

(Monto will speak in the Great Hall on Tuesday July 31 at 8 P.M. Free admission.)