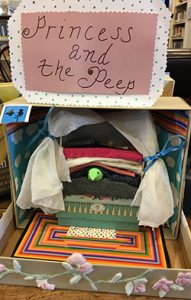 The Nantucket Atheneum presents the 8th annual Peeps Diorama Contest, where participants create a scene inside a shoebox depicting their favorite book or literary character using Easter PEEPs. The dioramas can be entered in four categories: Children, Teens, Families and Adults.

There are a couple rules: each diorama must be based on a book or literary theme with the characters portrayed using Peeps, all dioramas must be made using a standard size shoebox, limit your use of food as a material only to PEEPs and all entries must be in good taste.

Once considered an Easter candy, marshmallow PEEPs are now available year round for a variety of holidays. Manufactured in Pennsylvania by the Just Born company, PEEPs are technically a food product, but considered indestructable. As the marshmallow ages and is exposed to air — it dehydrates, becom

ing “stale” and slightly crunchy. According to Just Born, 25%-30% of their customers prefer eating Peeps stale. In 1999 scientists at Emory University conducted experiments on PEEPs to see what it took to dissolve them.

Recently, PEEP eating contests and diorama contests have become popular around the country.

Join us by creating a PEEPs diorama or coming to the Atheneum between April 16 and 24th to vote on your favorites. Winners will be announced April 25th.

April 11 – 13 Drop off your completed diorama to the Atheneum during regular library hours.

April 16 – 24 Come in and vote for your favorite diorama in four categories. 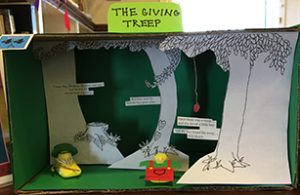